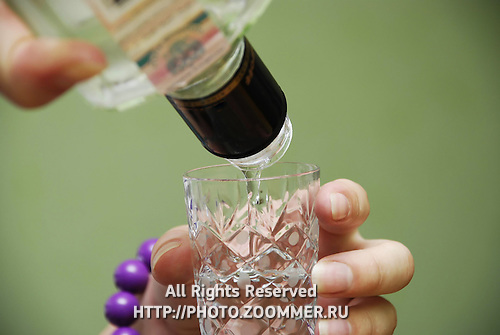 Some European languages appear to have 2 similar words in their vocabularies - vodka and wodka. Even with linguistic education I didn't ever know this and was pretty surprised, coz as I was tought a language being a progmatic and adjustable formation would never have 2 different words for absolutely identical things.

So I wondered what could be the difference b\w vodka and wodka. It appeared to be pretty simple - the "vodka" came from the Russian language and means Russian vodka, whereas "wodka" is from the Polish language and means Polish vodka :-) The same damn centuries-long competetion b\w Poland and Russia even in linguistics :-)
Posted by zoommer at 8:29 AM