Here I continue my European photo trip story, which started in Warsaw, Poland

Accomodation
After Lodz (by the way second in size city of Poland) we had a night car trip to Prague. We didn't plan to stay long in Prague and spend all the time in suits ;-) but decided rather to take a bed in cheap hostel. A nice guy in information bureau recommended "Hostel 5" and that seemed OK taking that we were 7 and took 2 private rooms with our personal kitchenette and shower. We were pretty happy with the rooms for the price, but the choice of hostel appeared to be the biggest mistake. EVER.

Prague and its sights
As all the shower procedures after a night in car were done, we went ahead to Prague's famous attractions right away. Even with moody skies the city looked fantastic, especially after boring and even depressive Polish towns. Prague's architecture with fairy-tale medieval bridges and towers dating back to 13th century was an impressive experience. 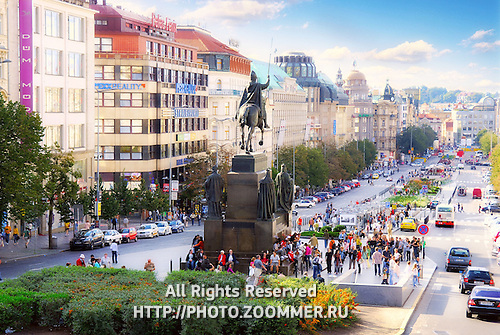 The old city called "Staré Město" is pretty small but is so packed with lovely shops, small restaurants, ancient buildings, that no other town in Europe can boast of. We went throught the Vaclav Square with its National Museum of Prague building, Charles Bridge, Jan Palach Square with Rudolfinum Gallery, a great representation of neo-renaissance style and of course the Astronomical Clock on Staromestska Square. By the time night came we really toured much of the city and stopped near the Prague Castle, which gave a lovely rooftop panorama of Prague as it sits on top of a hill. It has a really amazing view to Prague red tile roofs, especially at dawn. 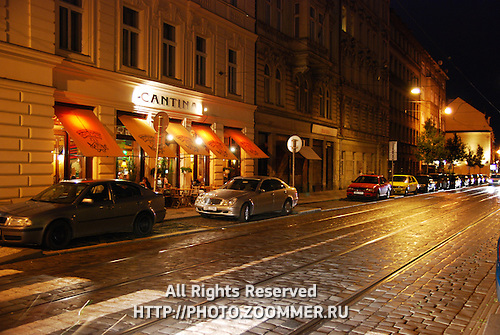 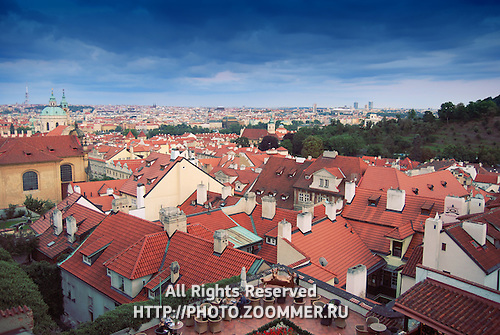 Food in prague
By that time we really were hungry and stopped by in a small restaurant on the end of the Old Town. Oh gosh! I've never had anything as tasty as Czech cuisine, I mean it. The portions there are so big, but still pretty cheap. The most common meat in Prague is pork (it's often served with dumplings). This comes with sauerkraut just like we're used in Russia too ;-). We had Pomaiski tomato soup with melted cheese, which all of us ranked 10 out of 10. I've scanned through thousands of websites looking for the recipe, but didn't succed. Do I have to mention Czech beer, which is nothing like you had in your country. I like light beers, but if you visit Prague dark beers are highly recommend to try.
Writing all this makes my mouth water, but I really adore Prague's restaurants. When you order pasta in France you get a petit dish for 30 Euro, while in Prague you pay 3 times less and get a plate, which is too much for 2 people :-)

Czechs vs. Russians
Already on spot we learned that our days in Prague clashed with the 40th anniversary of the "Prague Spring" which was celebrated nation-wide. The symbol of the Prague Spring (Russian tank) was placed on Vaclav Square just in front of the National museum and gathered tonns of tourists. Local press even made many jokes on that Russian tank brings tourists and money to the country. 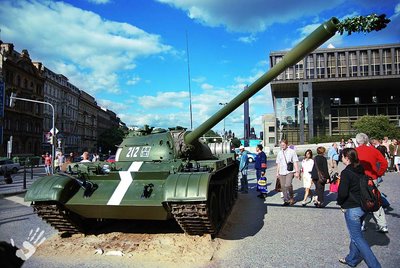 I really need to say, that despite all the tough times in the past Czechs are friendly to Russians and do not associate troubles they had, with Russia. This really makes them stand out from the Poles and also brings crowds of Russian tourists to Prague. Surprise for me to see many Russians in Prague, I guess almost half of the tourists spoke Russian on the streets, though it's just how I saw it.

Mistake
After walking all day long we came back to the hostel, flopped to beds and slept like a top. We didn't even hear someone coming to our room at about 5am and taking away our bags. When we woke up it was a shock. Two bags were missing, they had all the docs and IDs of 3 people, 2 credit cards, some jewelery and several thousand euro cash. We called the police, kept trying to get at least passports back, but if you're unlucky to get in such a scrape, be ready to complete negligence. We were ignored by "Hostel 5" owner (who didn't even talk to us), by police (the officer even seemed to smile at us) and by the Russian embassy (which took 120 euro for a new temporary ID and said that was all they could do).
The paperwork took 2 extra days in Prague, after all we could easily go anywhere without map. I wish we had some better reason for extended weakend in Prague, unfortunately the positive impression of the town was absolutely damaged. That's how we learned that Prague is in the top 3 of the pickpocket cities of the world. 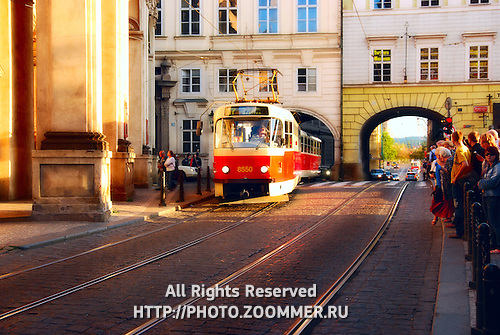 Next
Actually in this situation we had to go home the shortest way possible. But we decided to not give up and continued our trip, though had to cut it short.
Next post would be from Germany.
Posted by zoommer at 11:30 AM